Picking up the saga from yesterday’s uncertainty about how to get out of town, it seemed to me that walking might be best way after all! However M had to get to Mérida today.

The morning action was centered at the Bar Paco Yuma, across the street from the unmarked spot where the bus supposedly came. 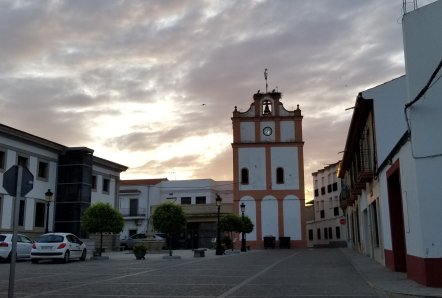 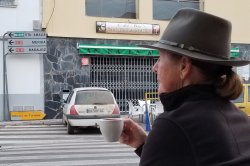 Here I am, on watch… 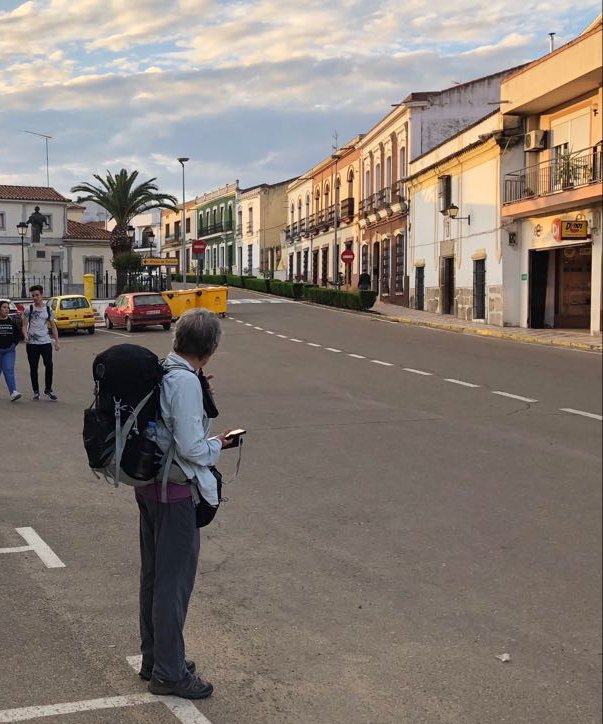 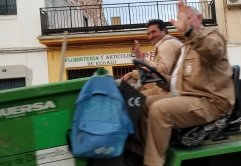 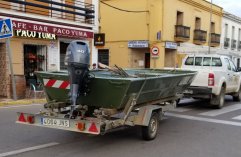 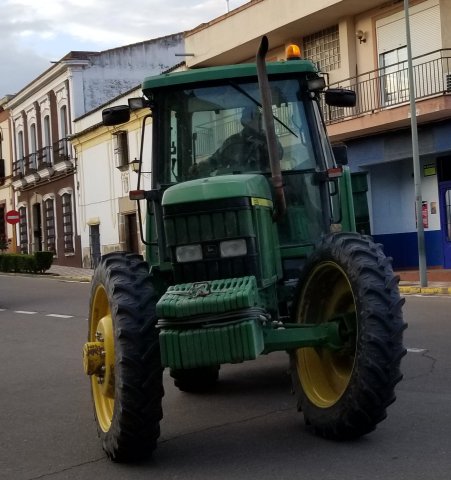 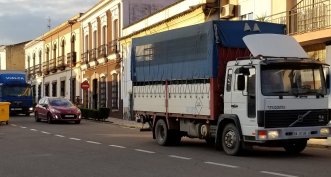 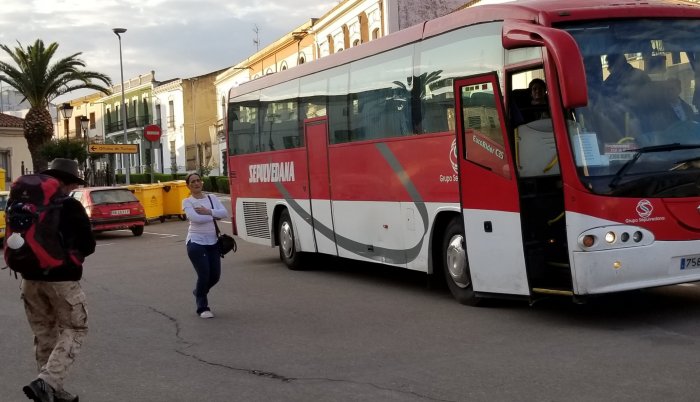 We watched from the bus for pilgrims (saw none) and for the route we were skipping. This highway portion (see the yellow arrow on the barrier post) has been reported as very harrowing, so I was glad to miss it. 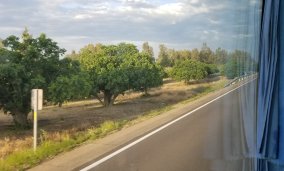 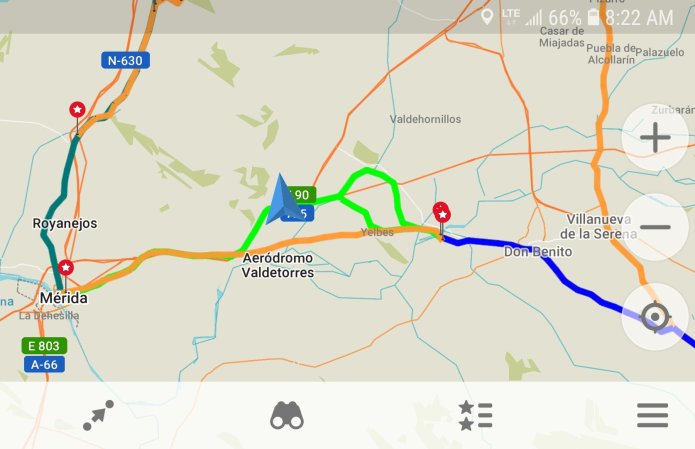 Upon entering Mérida, the driver apparently went off route, either by mistake or to drop someone off at a custom location. I’m not sure, since it was hard to understand all the comments and directions being shouted by passengers. We actually did two circles around a roundabout at one point. (I have been on a bus in Canada when the driver got lost, and the passengers reacted the same.) 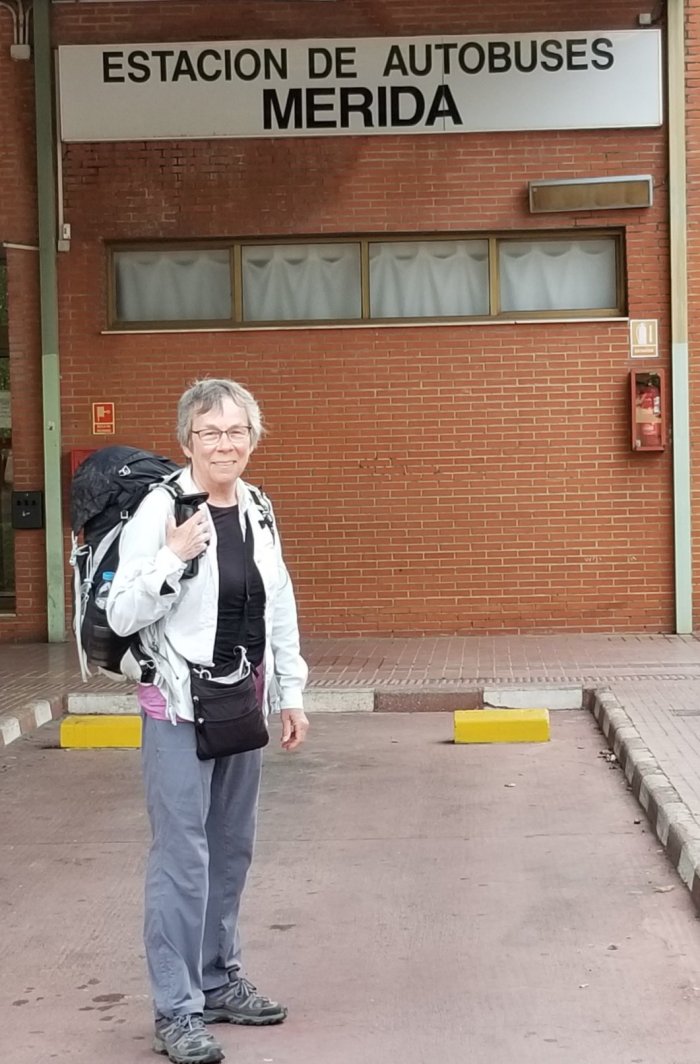 I got word from the pilgrim express that my poles and hat had been picked up and were on their way to Don Benito, which we had already passed through on the bus this morning. After checking into a nice hotel I hopped on a train for the 35 minute trip back. Timing was perfect so I managed to surprise the team as they walked into town. 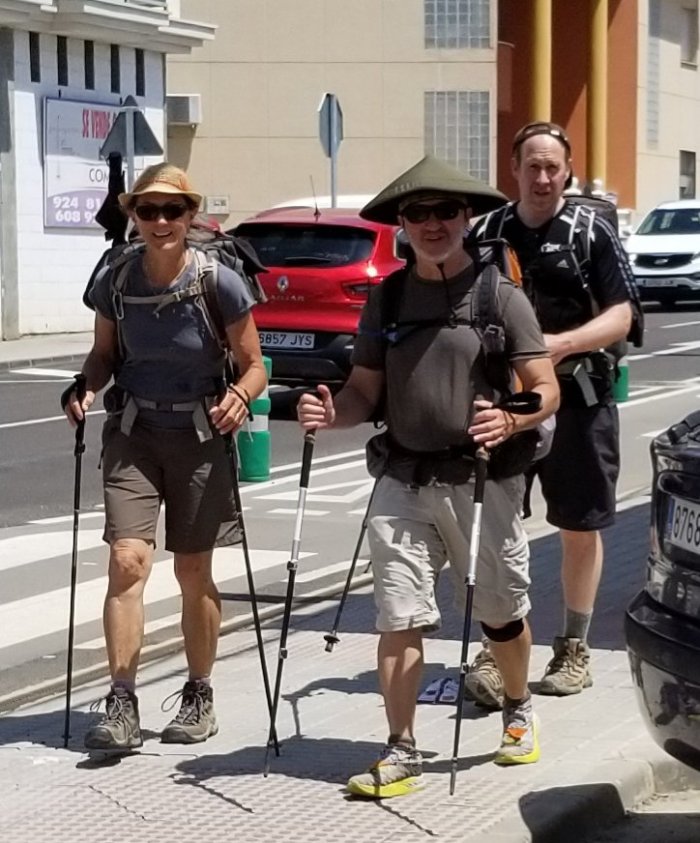 We tried to stage a passing of the baton but got it backwards. After some refreshment I got the next train back to Merida. 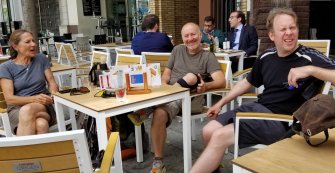 Dinner with M, and another farewell.

Now I am a lone pilgrim again, but feeling good.