Today – the dreaded long day past the Embalse de Alcántara – was my favourite yet! However I admit that its status began to decline significantly after 30 km. The first half was a beautiful walk in perfect conditions. 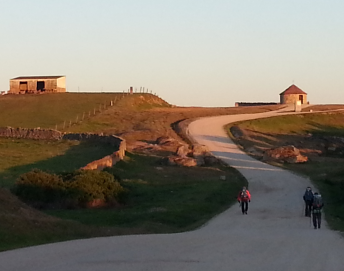 Then we had a bit of adventure and mischief when we chose to ignore the detour caused by highway/train construction. Being Sunday with no work going on, the Spaniards managed to open the gate and 5 of us saved a few kilometers. Good thing our German policeman wasn’t with us. 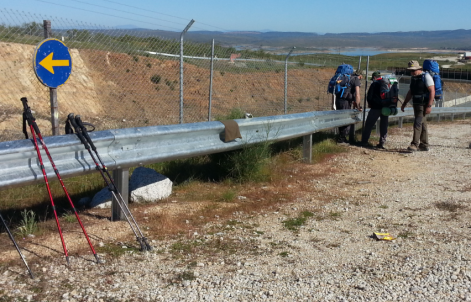 Then coming down from the hills to the highway around the reservoir got a bit confusing. We walked several km along the highway, over a couple of bridges. After crossing the Rio Tajo there was a path up into the hills again. (That path started with some steps you can see from the highway.) One could stay on the road all the way to Cañaveral,  but I had had enough of the asphalt and opted for uneven rock instead.

One should follow the old Camino path along the fence at the top of the ridge. But English Engineer D and I couldn’t resist exploring the new (abandoned?) highway sections, overpasses, etc. In other words, we got lost! Finally,  on entering Cañaveral,  a little Roman bridge for comparison with the modern ones.

The Albergue de Cañaverval was welcome – maybe the best albergue ever, and the food was delicious too. 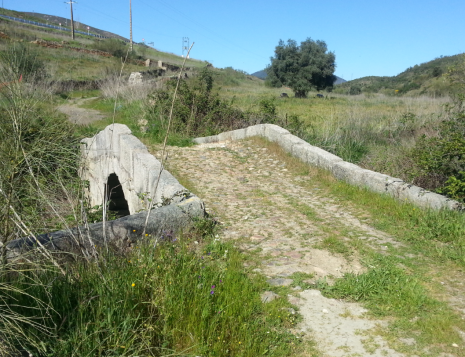