Here’s a photo of Mom’s Grade 3 class at McKinley School in Gardena (Compton) California. Mom is seated, third from the left. Her classmates were mostly children of Japanese and Mexican farm workers. 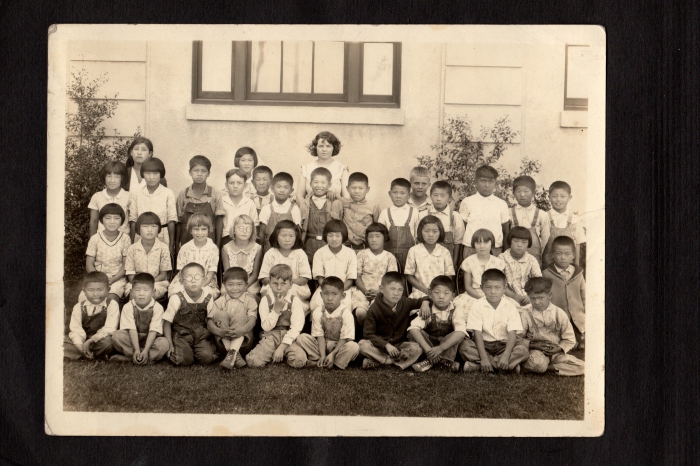 Update: Due to popular demand (100% of commenters so far have requested it) I am including the Grade 4 class picture below. It is kind of interesting because you can recognize Gloria (front left) by her glasses (yes, Mom remembers her name, 80 years later). Also Anne’s  cousin Gerry Seaman is in the third row left end. Anne is in the front row on the right, with the sailor blouse.

Mom says that the elementary school was later named after Florence Reynolds, her first grade teacher and the sister of her guardian, ‘Aunt Claire.’ I could find anything from Mr. Google on that, but did learn that McKinley Elementary School exists today as one of the worst-performing schools in the worstd-performing district in the country. Fewer than half of its students end up finishing high school. Last year, there were various political and parent-triggered efforts to make changes, but I cannot be bothered to understand the details that are available on the internet. 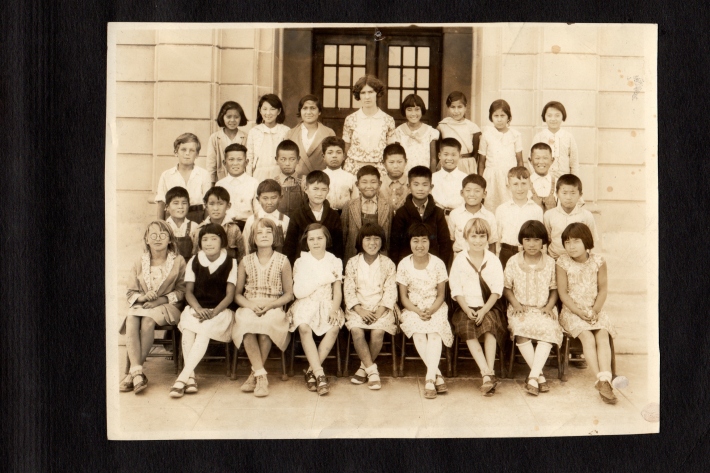 Anne is my mother (1922-2014), who had a childhood that would have been a good subject for a novel. She figured rather prominently in my life in recent years, as I was the only one of her children who lived nearby during my parents' last years.
Loading Comments...
%d bloggers like this: