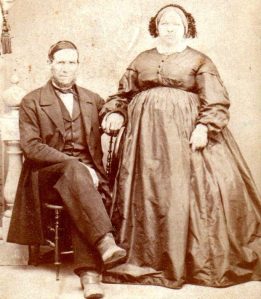 Grandma's grandparents. Either she needed a January diet as well, or she was very pregnant. But neither of them looks cheerful enough to get pregnant.

Here is the plan for the new year:

It is #2 that presents the most difficulty.

Since I was 12 years old, I have taken on the responsibility of being my mother’s chief assistant photo organizer. Mom keeps stuff. She kept the envelopes that are labeled with my 12 year old writing, organizing negatives year-by-year. I see them whenever I open the chest, and I realize that I will never again have that youthful energy and expectation that I will EVER catch up.

A few years on, having gotten on with my life for several decades, I am still facing the task. I have already gone through all of my mother’s mother’s photos and assembled a nice album that tells a story from about 1850 to 1922.

Now, my task is to pick up the story from 1922 and bring it up to the present. 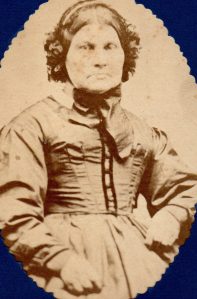 Another grim ancestor. This doesn't bode well for the story of the women in my line.

Why do I feel compelled to do this? Good question. I think I just want to finish what I started. Mom is more of a “writer” than I am and she also has many years of diaries and memories that I don’t know what to do with. Her mother (my grandmother) was also extremely prolific. In contrast (maybe as a result), I have chosen to keep no diaries and only those commentaries that I put on my blog. That brings me to my present plan. I will create a series of blog posts about my mother’s life.

I’ve started by scanning a lot – pages of a couple of albums, 200 slides (done at a photo shop), First World War letter, and various documents. I am treating you here to a couple of the early items from the late 1800s as an introduction. Do those women look comfy in their dresses! Do they look happy?

You can expect to see occasional post (not all at once – they will take time to write!) titled “Anne’s story.” Anne is my mother, born in 1922. That is where I’ll start the story in a future post.

At last, here is a picture of a family that looks slightly more comfortable. This was taken in 1896 and my grandmother is the middle girl. They had moved to North Dakota from Ontario, to take land offered when North Dakota became a state. By 1904 they had moved on to homestead in Saskatchewan when it became a province. That lasted until about 1908 when they sought retirement and a better climate on the west coast. 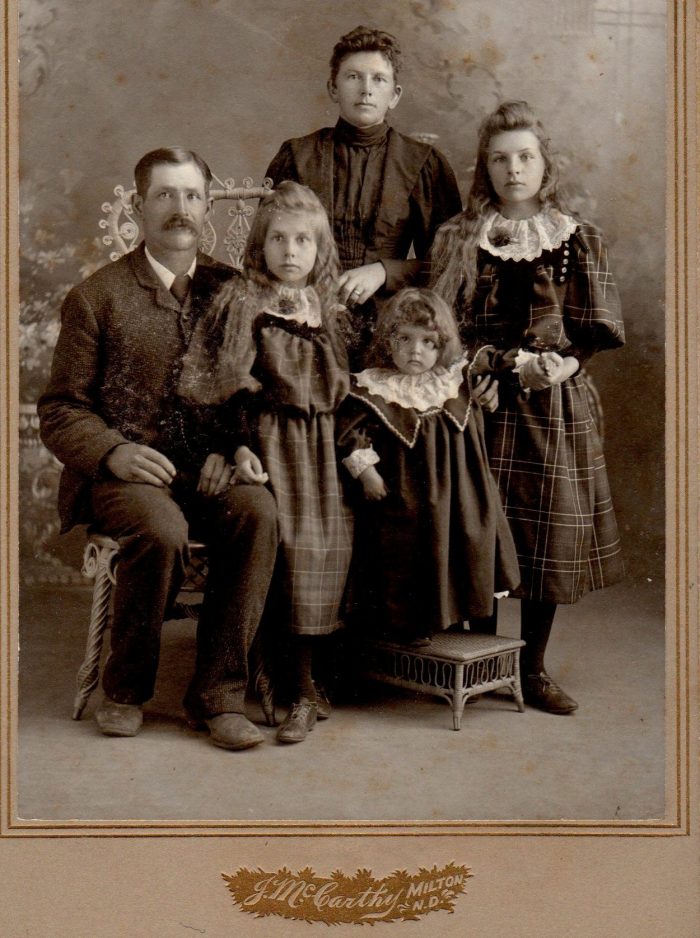