I was feeling discombobulated last night and this morning – exhaustion, jet lag, trying to find the right food in a Spanish city at the wrong time, having a sore foot from walking last week with the laces too tight, and – most of all, I haven’t managed to get a SIM for my phone. My confidence was uncharacteristically low, so I decided the solution was to pay for 1 day of roaming on my regular phone plan and set off for a walk.

Remember my question about what to do with the socks I got in Business class? They’re not suitable for walking (only for flying!) but I cut them up and made a cushionng pad for the top on my foot.

Walked 16 km to Rioja and took the bus back. Several km of urban walking including the grand Avda García Lorca. Then into the river bed which is a strange and eerie landscape. 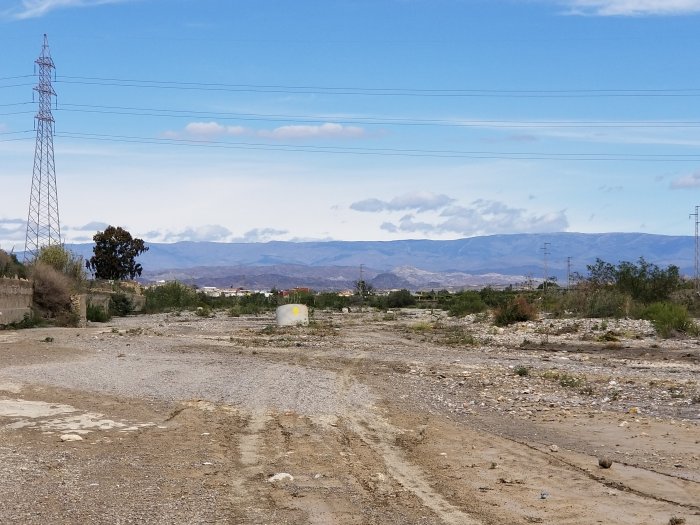 Zoom in and see the arrow on the concrete thing.

Had my first zumo de naranja at a bar in Pechina. Then back to the river. 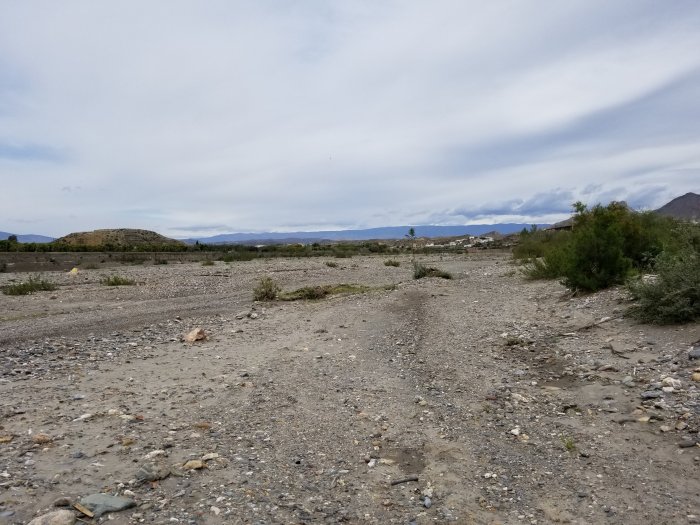 Finally in Rioja, the bus stop was conveniently at the entrance. I confirmed in a nearby farmácia that it was the right stop for the bus back (there was no placard showing the schedule), and I asked a passerby for good measure. As I sat there, another woman informed me the stop had been moved to a block away. I hurried up the street. As I sat there, along came J who I had met at the Madrid airport. He was going to stay at the Rioja albergue.

My sore foot is OK, if not great, as long as I walk at a slowish pace. My other foot will probably soon join its mate in soreness. Some rebellion is to be expected as I depend on them.

One thing I have learned about blogging on a trip – DON’T GET BEHIND! It is so hard to catch up. I am tempted to wait until I have made this post more interesting, but that would be a mistake. Better to go out in search of adventure to write about. And remember to take more pictures, which I didn’t do yesterday.