Mexico City is an “alpha global city”, according to Wikipedia. Nine million people in the city proper, 21 million in the metropolitan area. It is huge and teeming with traffic. The traffic was slow but surprisingly organized and without honking mayhem. Those millions of people are moving about the city, using modern public transport, shopping, going to school, working, playing soccer, and living their lives in this massive urban area. The university has 300,000 students!

I’m here for another conference (boring). Since my hotel is in a nondescript part of the city I didn’t want to explore on my own, and I was uncertain able what areas are “safe”, I took a tour to see a couple of specific sights on my day off. I also couldn’t resist buying a colourful tablecloth.

I won’t try to summarize the mathematical and historical marvels of the pyramids at Teotehuacan, which you can read about elsewhere. Climbing the Pyramid of the Moon didn’t take much more than 5 minutes, but left me with shaky quads due to the height of the individual steps! Shamefully, I didn’t climb the higher Pyramid of the Sun (supposedly 20 minutes). I was feeling dreary (from altitude and/or an oncoming cold) and wanted to be able to walk up to the podium for my conference presentation the next day! 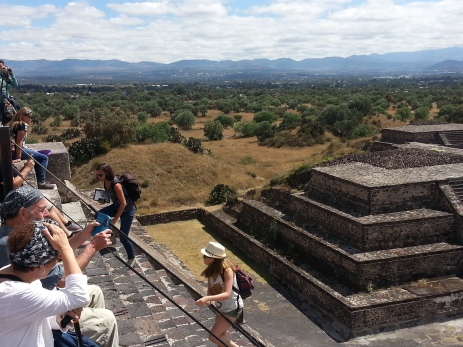 Climbing the steps on the Moon Pyramid

View of the Sun Pyramid at the back 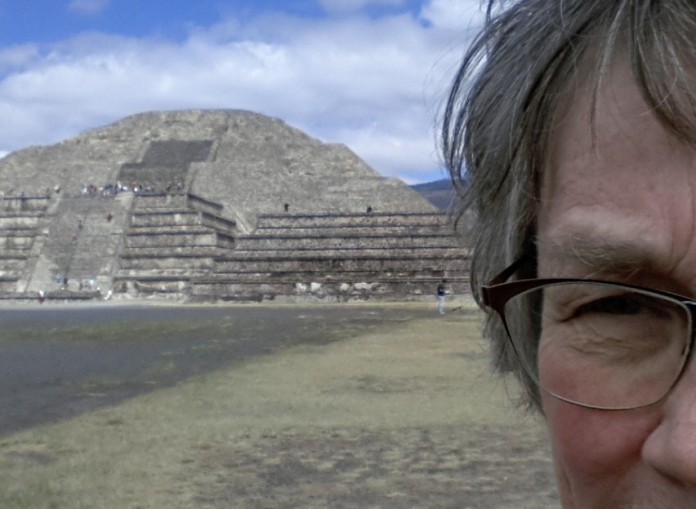 These pyramids date back to the first century A.D. – the same era as many Roman ruins I’ve seen in Spain. Unfortunately the pre-columbian American civilizations didn’t get the same amount of continuous recorded history (in my education, at least) as the European civilizations.

Fast forward 1500 years to the vision of the Virgin Mary – Our Lady of Guadalupe. Following her instructions, a shrine was soon established (on the site of a pre-Columbian sacred site which had been destroyed by the Spaniards).

Fast forward another 500 years or so… Several basilicas have been erected and pilgrimages have been made to this shrine since 1531. Several million people visit the shrine every year, especially for December 12. The huge square and modern (1970s) basilica can accommodate 50,000 people. Mass was in progress, with a large and clearly devoted crowd. 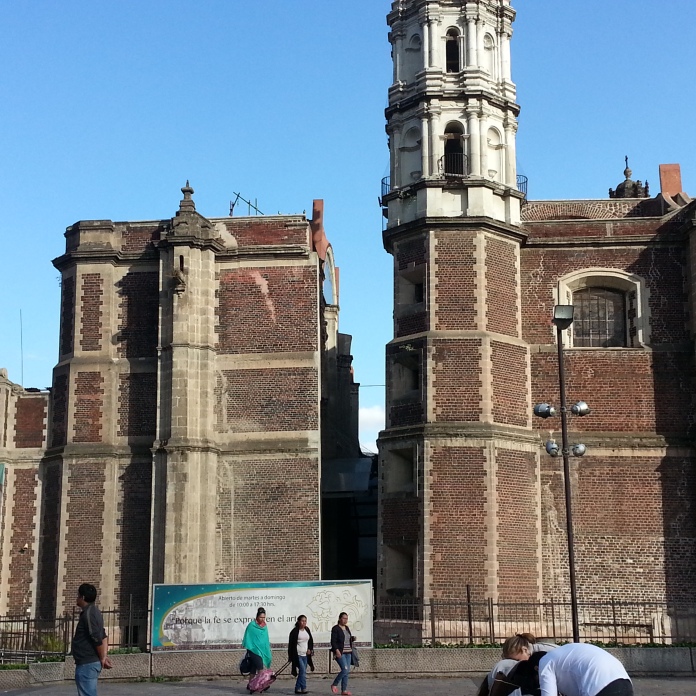 These walls were originally joined, but Mexico City is sinking unevenly 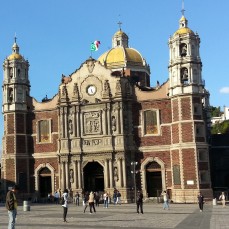 Old Basilica of Our Lady of Guadalupe,

Holy Door to the Basilica

Image of Our Lady of Guadalupe 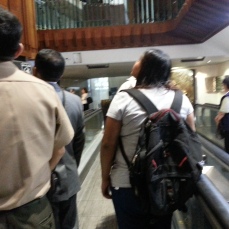 Conveyor moving worshipers efficiently past the image high on the wall

The drive home across Mexico City was endless! 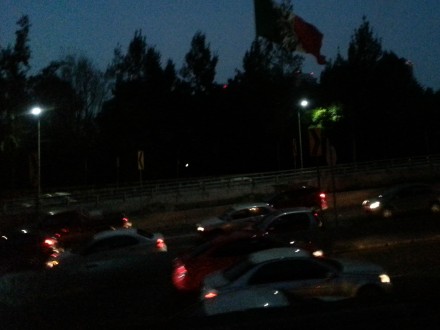 On the weekend I will move to a hotel near the historic centre of the city, for a couple of days of sightseeing.