I was driven (something less than an hour) to St. Jean Pied de Port on the French side of the Pyrenees. I could have started walking right away and made it to Valcarlos,  10 km away, but I had promised myself to start slowly so I wandered around St. Jean instead. 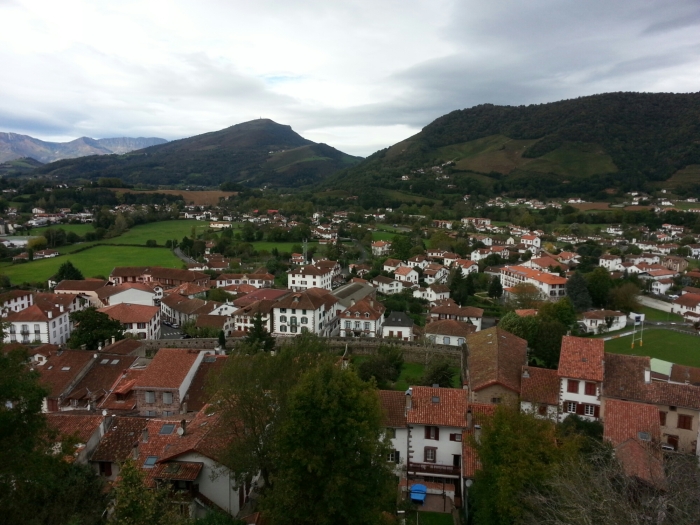 This morning I had noticed itchiness on  my wrist and thought OH NO! I CAN’T HAVE ACQUIRED BEDBUGS BEFORE I START WALKING! Can I ? (My accommodation last night was immaculate.) There were definitely  three spots but they didn’t seem convincing as insect bites so I pushed it from my mind. Later, walking along the roadside,  scouting my route for tomorrow, I reflexively lifted my hand by flexing my wrist to avoid some stinging nettle. I then remembered doing exactly that in a park in Bilbao, but making slight contact on exactly the place that is itchy today. I have had similar reaction to nettle before. It was a big relief to explain the spots.

In the pilgrim information office I enjoyed the WiFi and listened to other people arriving. One woman with a bandage on her leg was stopping her camino because a dog had given her a nasty bite. Much of the conversation was lost to me as it was in French. I understand that dogs are more of a problem in France than in Spain where they are bored by the thousands of passing pilgrims.

Tonight I properly launch Camino 2014 by having communal dinner and get-to-know-fellow-pilgrims evening at Albergue Beilari. In the morning they’ll give me breakfast and a packed lunch. 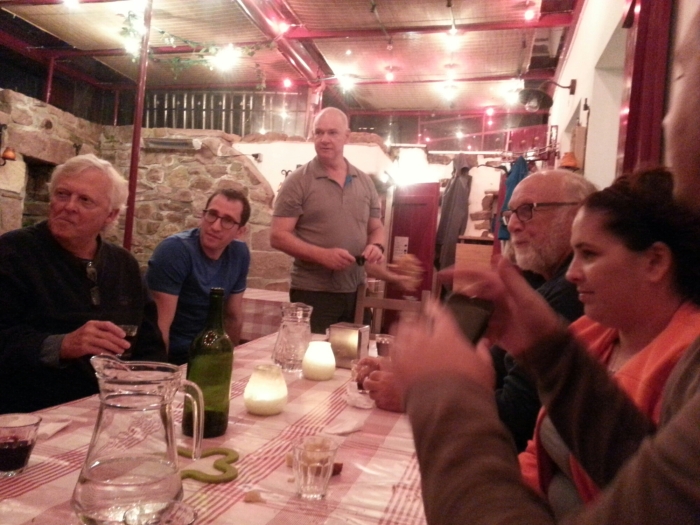